← more from
Lakeshore Records
Get fresh music recommendations delivered to your inbox every Friday.
We've updated our Terms of Use. You can review the changes here. 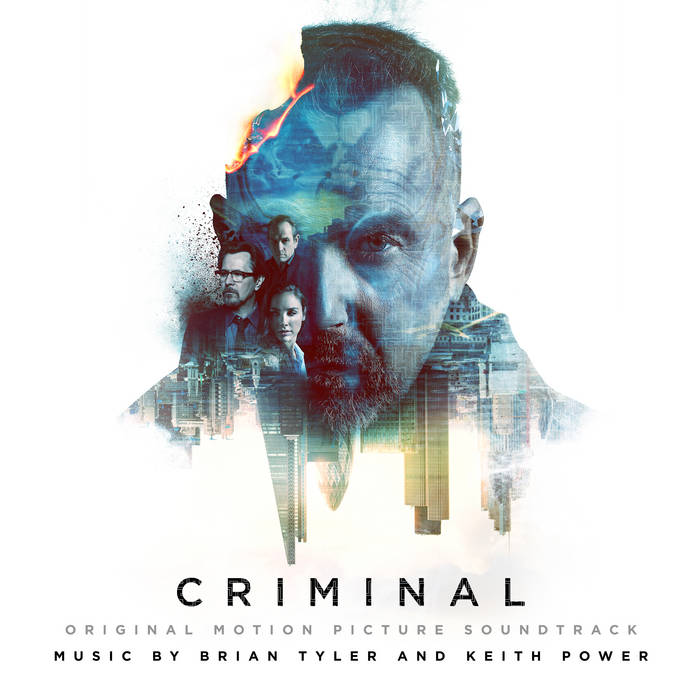 "When talking to the director Ariel Vromen we came to the realization that we should experiment with creating a primarily analog synth score,” said Tyler. “We wanted this score to reflect two radically contrasting aspects of the film: grittiness and emotion. We utilized analog outboard synths to create a raw soundscape that could fulfill the entire range of music from grinding raw electronic score to melancholy heartbreak. The style of the score harkened to classic electronic scores of the past.”

CRIMINAL is the story of the right man in the wrong body. In a last-ditch effort to stop a diabolical plot, a dead CIA operative’s memories, secrets, and skills are implanted into an unpredictable and dangerous death-row inmate in hopes that he will complete the operative’s mission.

In addition to writing the original score, Tyler wrote and recorded the main title song ‘Drift and Fall Again,’ performed under his moniker of Madsonik and featuring Lola Marsh. He explained, “The song is an electronic indie post-rock song that is meant to summarize the emotional apex of the story. It was an incredible experience working on this film with such talented people as my good friend and collaborator Keith Power and our fantastic director Ariel Vromen."

Tyler is a composer and conductor of over 70 films. He scored the blockbuster hits AVENGERS: AGE OF ULTRON, FURIOUS 7, IRON MAN 3 and THOR: THE DARK WORLD, conducting the London Philharmonic and the Hollywood Studio Symphony. He has received three EMMY® Award nominations, ten BMI Music Awards, five ASCAP Music Awards, and recently won his 12th Goldspirit Awards, including Composer of the Year.

Canadian Composer Keith Power has written music for over three hundred episodes of television, dozens of feature films, and some of the biggest video game titles of all time. Best known for his work on the CBS series HAWAII FIVE-0, Keith has also scored all 9 seasons of HEARTLAND (CBC).

Through his decade of collaboration with composer Brian Tyler, Keith has had the honor of working on some of Hollywood’s most successful films and franchises including AVENGERS: AGE OF ULTRON, THOR: THE DARK WORLD, and the FAST AND FURIOUS series.

Bandcamp Daily  your guide to the world of Bandcamp